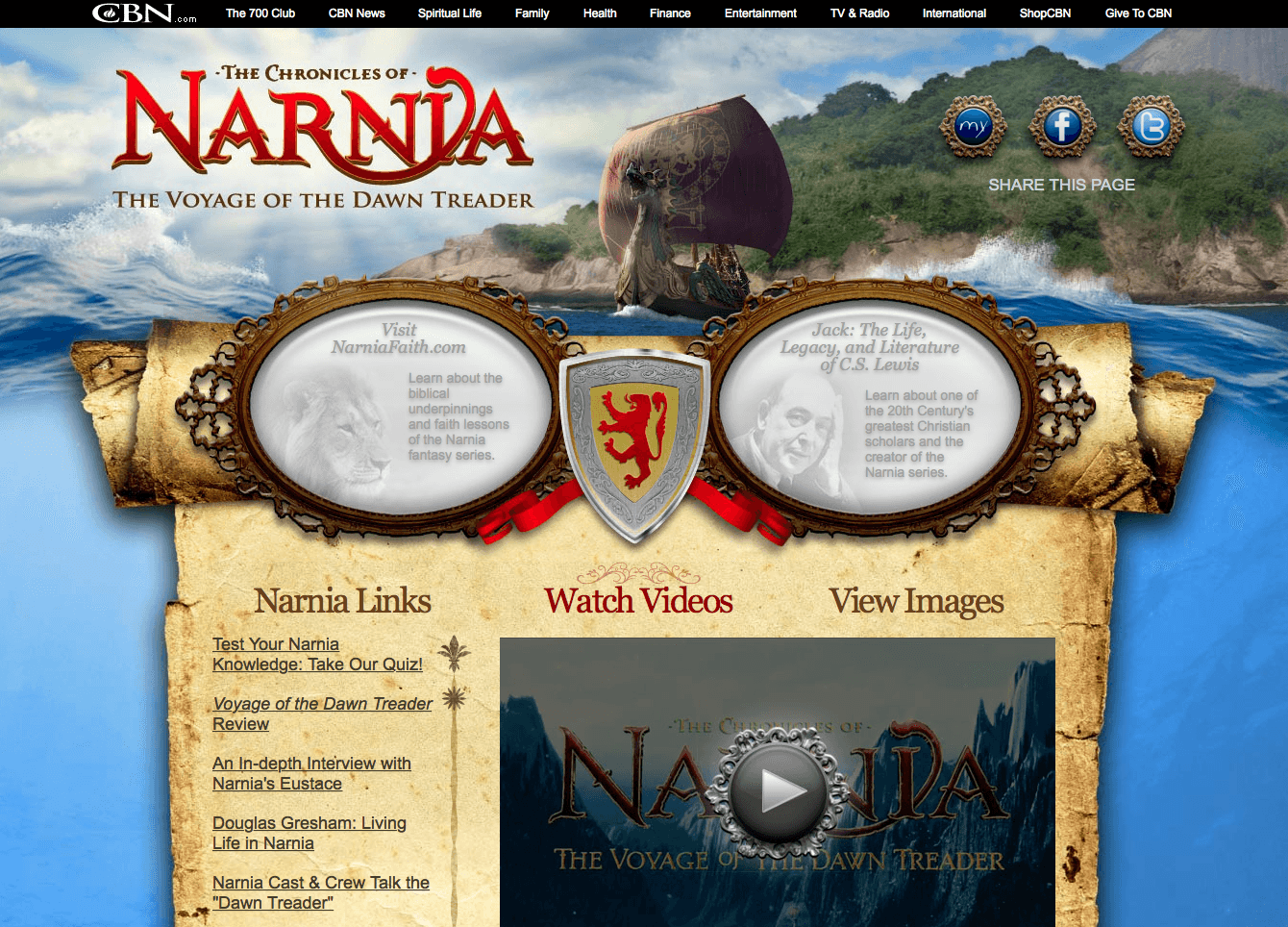 Before starting Monti Design, I worked at the Christian Broadcasting Network from February 2007 to July 2011. One of my jobs there was designing and building microsites for various topics and events.

When the art director assigned the “special page” for the upcoming release of the Voyage of the Dawn Treader movie to me, I was beyond delighted. This was the result. I’m a fan of C.S. Lewis and the Narnia books, so designing and building this web page was something of an escape to a fantasy world for me; it remains my favorite project from my tenure in CBN’s Digital Media department.

This was also the project where I discovered the usefulness of Photoshop’s Puppet Warp tool. The froth on the waves and the filigree on the Aslan shield were both made with Puppet Warp.

The original page can still be viewed at http:/www.cbn.com/special/voyageofthedawntreader

We use cookies to ensure that we give you the best experience on our website. Continued use of this site indicates that you assent to this policy.OkPrivacy policy